Parks on the Air 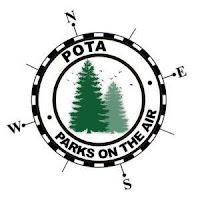 One of the things I did over the Chillycon weekend was to activate two Parks on the Air locations.   The first one I did was Rideau River Provincial Park, VE-0365.  This was the first one I have ever done, and it was a lot of fun.

My first contact spotted me on the POTA system and all hell broke loose on my frequency.  Honestly, it was like being at some exotic South Pacific Island on a DXpedition it was that busy.

The second activation I did on Saturday, was the Rideau Canal National Historic Site, VE-4882.  Again, it was a lot of fun and it created pileups on the frequency.

What was the amazing part about all this is the fact I was QRP the whole time.  10w out of the KX3 into my 20m /40m linked dipole....and still creating pileups.  I had contacts from PEI to Montana and everywhere in between.

After doing a bit of research I find that here are a number of POTA locations in and around Kingston that I can activate, so I think I have found a new niche in the hobby.

Stay safe out there!

Posted by Blogmaster at 20:22 No comments: 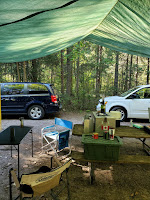 This year we have changed the name from Chillycon to "Freezingcon".  This was without a doubt the coldest Chillycon I have attended over the past 13 years.....but at the same time it was one of the few we had no rain over the weekend.

Participant numbers was down from previous years, but we expected that with the Wuhan Flu going about.  We had 6 from Kingston, 6 from Ottawa, and a visitor on Saturday from Quebec.  Instead of the traditional Pizza supper on Saturday night, we had BBQ steak instead......and I think we now may have a new tradition 😎

Something new this year, I did two successful POTA activations from the park, and had a really great time doing them.  Friday morning I was spotted on the POTA website and within seconds I had a pileup.  It was the same on Saturday morning. 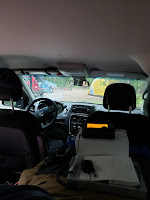 I operated from inside the van over the weekend due to the cold temperatures.  It wasn't really comfortable and I'm going to have to rig up a portable operating position I can install and remove as needed.

Radio was the KX3, and the antenna was my 20/40m linked dipole, set up for 40m..and where it stayed all weekend.  I didn't even try 20m.  My 33' MFJ mast finally failed when I took it down on Sunday morning.  It's served me well over the past 14 years, but it was still not a pretty scene seeing it there broken.

The bands were not in the best condition over the four days, there was very deep QSB, and that made it harder for QRP stations such as myself.  I still managed to put 24 QRP contacts in the log though, so I'm well pleased with that.  The propagation numbers on Friday was: SFI=69, SN=0, A Index=4, and the K Index=2.

Of course the highlight of the weekend is the DX Contest, sponsored by the Upper Canada QRP Club.  Over the past three years Eric, VA3AMX, has tried very hard to win the trophy......all with no success.  He has tried hard, and has placed second a couple of times.  This year, due to a lack of participants, the expert DXers amongst them, he won, with a DX contact to Bulgaria.....beating the second place station by 143 km.  I'm going to assume that the Kingston Skunk Works and DG Engineering will be working overtime this winter on new antenna designs to be ready for next year.

So that's it for another year.  Hopefully we will be back to normal by next September and we can have a non-social distancing Chillycon with the numbers of participants back to normal numbers.

Stay safe out there!!

Posted by Blogmaster at 13:34 No comments:

The Battle of Britain...

Today is Battle of Britain day.

Remember the sacrifices made by this bravest of generations. 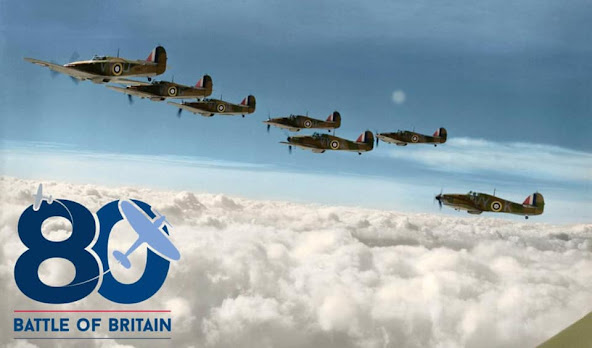 Posted by Blogmaster at 09:09 No comments: 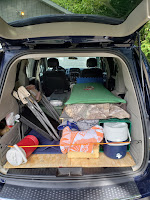 We're all packed and loaded.....except for the radio...and ready to roll out of here.  Of course this afternoon I had to take the van into the shop due to a strange noise when I turned left.....and only left.   Turns out I had a bent rotor guard, and no idea how it got bent....but it's fixed 😁

I'm hoping the propagation improves before the weekend, so far this week the numbers are in the toilet!!  There is a good amount of planned activity on the bands this weekend.  There are five State QSO Parties, IA, NJ, WI, NH, and WA, as well as QRP Afield.  On top of those, this Saturday night we will be holding our bi-monthly club QRP Sprint.

So far they are not calling for any rain over the weekend, but it is going to be very cool at night, down to 1C.  During the day it won't be so bad as they are calling for 15C to 17C.

Stay tuned for pictures of the event....if we survive 😉
Posted by Blogmaster at 14:11 No comments:

It's starting to cool down here during the day, so that means that once again it's time for this years Chillycon.  Coming up September 18-20, and held at Rideau River Provincial Park.  While it's going ahead, there are lots of social distancing event rules in place with regard to the Chinese Flu.

Chillycon has now become the largest annual gathering in Eastern Ontario for QRP'ers, and is an excellent place to learn about portable antenna's and QRP DXing.

The highlight of the weekend is, of course, the annual DX Contest, were a trophy is awarded for the contact at the furthest distance.  This has become so popular that the guys in Kingston have built their very own "Skunk Works" for portable antenna design in order to win.  The Kingston Skunk Works has more security than the Manhattan Project did........😎

Now, for the past three Sundays the guys in Kingston have been at Lake Ontario Park, playing with new antenna designs and home-brewed baluns looking for that perfect combination.....and it looks like we have one.  BUT.....no comment on it until after Chillycon, we don't want the competition to get wind of it, and he reads this Blog.

Here's a few photographs of the Skunk Works in action.....

Posted by Blogmaster at 14:09 No comments: 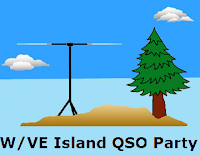 Rules for the event can be found HERE.

Due to the restrictions due to the Wuhan Flu, I'm not sure where I am going to operate from......more than likely it will be as a QRP Expedition, on an island in the Rideau Canal system, which will also allow me to play POTA at the same time.

So far the long range wx forecast shows warm and sunny for the event, let's hope it stays that way.

See you on the bands, and stay safe!
Posted by Blogmaster at 13:45 No comments: 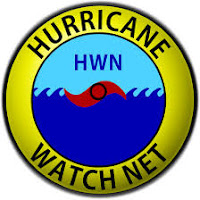 The US Hurricane Center has has issued a statement requesting that during the day, 14.325, and during the night, 7.268, be kept clear for Hurricane traffic.....it's that time of year again.

There are two hurricanes converging on New Orleans and Houston this week...a double hit and it may get nasty down there.

If you have time please consider monitoring these frequencies for a period.  Sometimes net control requires a relay, and you maybe in the right place to help out.

The Hurricane Center is reporting that they expect this year to be a busy one for Hurricanes. 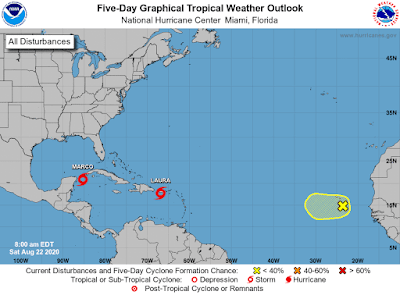 Posted by Blogmaster at 13:38 No comments:

Great Day at the Park

It was a beautiful day here in Kingston, a high of 23C with a light wind to keep the bugs away.  So, with nothing else to do it was off to the park after my morning walk to chase some POTA with VE3MNE and VE3ULC.

I finally managed to get the linked dipole on the analyzer and was very happy to see that I did not have to make any adjustments to it.  It looks good to go on 15m, 20m, and 40m.  I did not get it up very high in the trees, in fact the apex was only at about 20 feet, and the ends were about 3.5 feet off the ground.

I had a look at the POTA app on my phone and saw that Ed, W5LST, was active on 20m, so I gave him a call.  He came right back, and gave a me a lowly 22 - he was S9+10 at my end.  None the less I was happy as even at that low height I still managed a contact into Arkansas.

I have discovered that there are 7 POTA locations in or near Kingston, so it looks like I will be doing some activations in the very near future.

Posted by Blogmaster at 20:21 No comments: