Saturday on the Bands 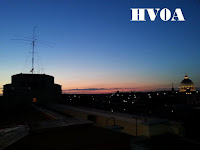 What a great day on the bands today.  This had to be the best day in about six weeks for working DX.   Today 20m and 17m were the main bands, but I did hear weak signals on 15m as well, although I did not manage to work any of them.

First up today was HV0A, Francesco operating from the Vatican.   This was my first ever contact with a HV0 station, and I'm pleased to finally get it in my log.

After that it was:

Not too shabby for 5w and a wire antenna, I'm hoping Sunday's propagation holds up and I get a repeat of today!!
Posted by Blogmaster at 21:18 No comments: Links to this post

Well, Chillycon, or as we're calling it this year "Soggycon", is now over.

From 1400 local Friday to 11:00 local Sunday, we had 72mm (3 inches) of rain fall on us at the camp.  Needless to say attendance was way down, but not only did we have the weather to contend with we also had the Carp Flea Market on the Saturday as well.

The Big Bobster, VA3QV, was there.  Soaked to the skin at times, we had to come up with a new nickname for him.  He's now known as "SpongeBob".  I have a shocking story to report on Bob this year.  I have to tell you all that the first antenna he got in the air was his TV antenna on the RV, ham radio antennas came second!!  I couldn't believe it when he told us that, totally shocked we all were!

There was a lot of the regular attendees there, Ying VA3YH, Eric VA3AMX, Chris VE3CBK, Don VE3MNE, Bob VA3QV, and Richard VA3VDP.  We also had Matt VA3OZI attend this year as well. Both Tim VA3TIC and Derek VE3HRW dropped in on the their way home to Kingston from the ham flea market in Carp.  We also had a group of five hams from VE2-Land, but I must apologize as I did not manage to write down the callsigns.   They had attended the Carp Flea Market and brought the items they had bought to the Park to try them out. They stayed for the traditional Pizza Supper and we all had a great chat with them.

The bands sort of cooperated.  The ARRL VHF Contest, and the North America SOTA Day were also taking place as were a number of State QSO Parties, so the bands were busy but not in the best of shape.

The winner of this years Annual Chillycon DX Contest, and the winner of the Upper Canada Cup for DX Excellence, was Eric, VA3AMX, with a contact to Argentina.

Despite the very heavy downpour, we all managed to stay mostly dry for the two nights we were there - thanks to good tents and large tarps.  However, with all the tarps and tent parts hanging and drying in my garage, it's starting to look like a refugee camp out there.  I'll have to spend a few hours tomorrow cleaning all the cooking equipment and other gear.

Hopefully next year will see it a bit warmer and a lot dryer.  Once again Chillycon was a great, and a good time was had by all.
Posted by Blogmaster at 20:57 2 comments: Links to this post

Chillycon is coming up next weekend, September 12th & 13th, and looking at the long range weather forecast it looks like we're in for some great weather that weekend.  In fact, this looks to be the warmest one in a long time.

For those that don't know, Chillycon is a gathering of QRP operators from Eastern Ontario, and is sponsored by the Ottawa Valley QRP Society, and held at the Rideau River Provincial Park just across the river from Kemptville.

This will be my sixth year attending the event, and every year it gets better and I learn something new to take home.

This year I'm taking my old FT-857D and the new IC-718 with me which will give me an opportunity to compare them against each other on the air.  I've been meaning to do this for some time, in fact ever since the FT-857D came back to life.  Antennas going with me will be the Buddipole, the 31' vertical, and the 84' longwire.

So this coming week will be spent getting all the camping gear together, checking it over, getting it packed into the Rubbermaid containers, and getting ready to roll next Friday morning.

The weekend also gives us all a chance to catch up with old friends, and make new ones, and I'm really looking forward to it.
Posted by Blogmaster at 20:29 No comments: Links to this post 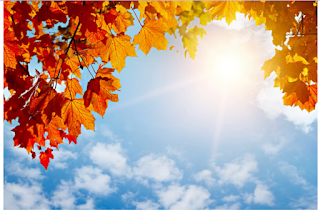 I cannot believe that today is the September 1st........where has the year gone??  Mind you September is going to be a busy month from what I see written on my calendar!

Coming up on the 12th & 13th is Chillycon, the annual gathering of QRP'ers in Eastern Ontario.  Held at Rideau River Provincial Park which is about half way between Smith's Falls and Ottawa.  If you can't make it for the full weekend, come on out for Saturday.  VA3QV will be there, in person, signing autographs from the back of the "mobile love shack".....don't miss that!!

That same weekend is also SOTA Weekend in North America.  So I would imagine the guys at Chillycon will be chasing the SOTA guys up and down the mountains.

The 19th is QRP Afield, the details for this years event have still not been published on line, but I imagine they will be shortly.  Details will be found HERE.

And lastly on the monthly calendar is the 2015 Boy Scout Brotherhood Event.  Held this year at Morrisburg, Ontario.  Details HERE.   Our club has been asked to go along and provide an radio display and an operating shack for the Scouts to visit.

It's going to be interesting trying to fit this lot in with the amount of gardening still to be done at this QTH !!
Posted by Blogmaster at 09:53 5 comments: Links to this post