The Island Activation that wasn't...... 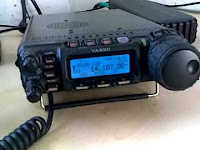 Today started as a dull, rainy and cold day and continued as such as Mark, VE3EOG, and I drove up Hwy 15 to Upper Brewers Mill Island on the Rideau Canal system.

And so ended the island activation today.

This is the third time we have tried to activate Upper Brewers Mill Island over the past few years and each time something has cropped up and the activation has been unsuccessful.......perhaps we should take the hint and realize the place is jinxed!!

But, just like Baldrick, we have a cunning plan..........plans are already afoot to activate it later in the summer when it least expects it, maybe that will sort out the jinx!!

Thanks to all of you who were waiting to make contact, we could hear you calling, and many thanks to Tim, VA3TIC, for relaying our 2m messages about having some issues there.

Our old friend John, VE3ISE, will be doing a first time activation of Forans Island, FN03, near Grimsby, Ontario.  This is a small island that is scheduled to be a condo development in the near future.....so get it in your log while you can !!

This activation will take place on Tuesday, June 2nd, at 2200 UTC.

Let's all hope the propagation improves for this activation.
Posted by Blogmaster at 20:40 No comments:

I'll be heading up to Upper Brewers Mill Island on the Rideau Canal system this coming Sunday, May 31st to activate the island.  This is not the first time my club has tried to do this, most of the previous occasions we have not managed to make enough contacts to have it granted an official number.

The plan is to set up by the locks and operate two HF stations and a VHF station.

Callsign in use will be VE3FRG.
Posted by Blogmaster at 09:56 No comments:

Sad news today that Mark, ON4WW, will not be doing the Bouvet Island DXpedition next year.

Mark's plan was to do a solo DXpedition and to do it over a three month period.  Over that amount of time nearly every ham who needed Bouvet Island could have had it in their logbooks on numerous occasions, and on several bands.

Unfortunately, Mark was unable to collect sufficient funding for this adventure.  For some reason the big DXpedition supporters and donors were not very interested in this event and not many donations came through.

Mark had received permission for Bouvet from the Norwegian Polar Institute, his wife (very important!!), and his employer to have 5 months leave without pay.  I'm sure Mark is bitterly disappointed that his year long planning has been all for nothing.

I think Mark's plan to go solo, although a bit controversial, is one way of keeping these DXpeditions to far away and remote locations sustainable.  If we look at the cost of doing some of the more recent DXpeditions, including K1N, they have been out of this world.  I truly believe that smaller and more compact teams are the answer to keeping the skyrocketing costs down.

For safeties sake I think it would be a lot safer to go with a minimum of three people, going solo does seem a bit dangerous to me, but that's Mark's decision to make, as he knows his own limitations better than anyone.

One must ask if we really need five to eight HF stations on the air, all at the same time?  Or, could a DXpedition get by with just two or three?  Do we need to be spending thousands of dollars transporting beams and Yagi's to these remote sites.........when many of us work the world on simple dipoles at home with no problems?   Perhaps the whole idea of how Expeditions are conducted needs to be reconsidered and discussed in depth.  Bigger is not always better!

While I occasionally dream of doing a major DXpedition to some far off remote location, I think for now I'll stick with my own mini-DXpeditions to Wolfe and Simcoe Islands, where the most expensive aspect of the trip is buying lunch on the way back.  That's more in keeping with my budget.......

Posted by Blogmaster at 09:39 No comments:

It's been a beautiful day here in Kingston, 20C under mainly blue skies.  I have been busy over the winter season trying to lose some weight, and as a result have been walking just about every day at the Cataraqui Centre Mall.  This has allowed me to walk and climb stairs and get into shape for the "season", and it's amazing just how many people are in that mall each day just walking.

Anyway, yesterday I decided that the weather is becoming far too nice to walk indoors and it's about time I switched things up and hit the K&P Trail, part of the "Rails to Trails" program.

Of course the real reason I'm exploring this trail is to find some new QRP portable operating locations.  So far it's been a bust, but there is a lot more to walk before I give up.  It was a fantastic walk today, lots of birds singing in the trees, the Trilliums are starting to bloom along the trail edges, and lots of Garter snakes out sunning on the path as well.

Of course before I went to the trail I did spend 30 minutes playing up on 40m.  I checked into the Trans-Provincial Net which meets on 7.055 MHz daily 7am to 5pm.   Not every hour slot is filled so if you don't hear a controller get on and call CQ Trans-Provincial Net, you never know who will reply to you.

Take today, guess who popped in and called me???  Yes, the Big Bobster himself, VA3QV, with a screaming 5 watts coming from his Flex-1500.  I gave Bob a 55-57 into Kingston and Tony, VE3DWI, up in Debarats also gave him the same signal report.  Not too shabby for 5w at that time of day. 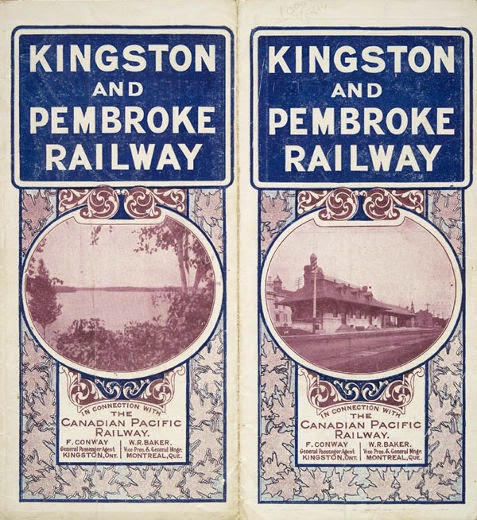 Posted by Blogmaster at 15:37 No comments:


The last piece of equipment that got tested today was the SkyWhip Portable Telescopic Antenna that I bought from Durham Radio a few months ago.   Due to the bad weather it's sat in my Buddipole case until today.

This antenna has a fully extended length of 16' 8", and can be used for any band between 6m and 20m.   I certainly would not use it in a stiff breeze fully extended, but with the light breeze I had today it was fine.

The good thing about this piece of gear is that it fits the Buddipole parts perfectly, I don't have to carry different mounts for it.

I wanted to try the antenna on 20m, so I set it up on the 8' painter pole over average ground, just like the other tests I did today.

So it looks like I'm all set for the planned island and lighthouse activations I have planned this summer.  Some of these antennas may even get thrown in the mix for this years Field Day.

Coming up as soon as I can find time will be the same type of article on the Buddipole 40m, 60m, and 80m antennas.

Posted by Blogmaster at 17:56 No comments:

It’s a beautiful day here in Kingston, blue skies and 17C, just a great spring day.  In fact it was so nice I decided that today would be a good day to conduct some trials with my stockpile of Buddipole parts.

I have been looking on the internet over the past few months for information on the new shock corded adjustable whips, and have found almost nothing on them, including just minimal information on the Buddipole site itself.  I did talk to Chris Drummond, W6HFP, the owner of Buddipole about the lack of resources and he agreed that there was very little out there.  I did ask Chris if he could put some baseline seeing on the company website to at least give us all a starting point to start our experiments, and he said he would.

So, armed with a copy of the book written by Scott, NE1RD, “Buddipole in the Field” I collected all my antenna parts and off to the garage and my gravel driveway I went.  If you have not downloaded a copy of Scott’s book I recommend you do.  It’s available as a free download from the Buddipole website.  This book is a great place to pick up the information to build better Buddipole antennas, and it also gives you a basis for experimenting with the extra parts.

My Buddipole parts box consists of a Standard Buddipole kit, two extra 22” arms, a TRSB, a 12’ Shock cord whip, a 9 section mini-shock cord whip, and a 5 section rigid shock cord adjustable whip.  I also have a mini-coil, two regular coils and a low band coil, and a set of 9.5’ long whips.  More than enough to build any antenna I will need.
My goal today was to figure out some workable ¼ wave vertical antennas where I didn’t have to use any coils. I wanted full sized antennas with no compromises.  Today I looked at 10m, 12m, 15m, 17m, and 20m.

The standard items that remained constant throughout the tests were each antenna was mounted on an 8’ painter pole, and it was done over average ground.

The first test, on 10m, was done using the mini shock corded whip.  It took several attempts to get this antenna to the point it was useable.  Here are some numbers:

The next test was for 12m, not a band I use very often but I have made some great DX contacts there.

Using a 5-section rigid shock cord adjustable whip, with no stinger used, at 24.950 the SWR was 1.4:1 with a counterpoise of 8’ 4”.  No point messing with this one as I don’t think I could get it closer to one to one.

Next up was 15m, a band I use quite a bit for chasing European DX.

Using a 5-section rigid shock cord adjustable whip, with 5.0” of the top stinger used, two 22” arms and the TRSB set at 2:1.  At 18.136 the SWR was 1.9:1 with a counterpoise of 12’.   I messed with this antenna for quite some time moving the counterpoise length up and down, and I could not get a better SWR reading.

Last up was the 20m antenna.

It was interesting that most of my counterpoise lengths are very different from what is recommended in “Buddipole in the Field” by Scott, NE1RD, by a good margin.  It would be interesting to hear what sort of ground Scott as using when he did his experiments.  From what I saw today it is very true that the counterpoise lengths are very critical to the tuning of these verticals.

Obviously there is still some more experimenting to do, but these are a starting point and  enough to get me on the air quickly.  Still to come are the 40m, 60m, and 80m antenna configurations.

If anyone has any ideas to make these settings better, I'd love to hear about them!