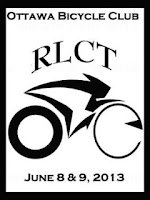 The 2013 Rideau Lakes Cycle Tour is nearly upon us again.  This year it falls on June 8th and 9th.

Once again over 2000 riders will scream down the roads from Ottawa to Kingston, spend Saturday night, and then slowly peddle their way back home to Ottawa on Sunday.

My local club will be providing operators to look after six radio check points on both Saturday and Sunday.  The Frontenac Club looks after the Perth Road Village to Queen's University sector.

This is the 30th straight year that amateur radio has looked after the communications for this event, something of a record I think.

So far the long range weather forecast isn't looking too good, but we have a week to go yet, and you all know how bad the weather guys are at forecasting.


Posted by Blogmaster at 15:12 No comments: Links to this post

It was a very successful island activation today, and the weather cooperated....somewhat!

Tim, VA3TIC and I arrived at the Island about 0930L under cloudy sky, but no wind and it was fairly warm.  The bugs weren't too bad either.

Dave, VA3ORP was kayaking down the canal from his QTH in Inverary, and he arrived about 1000L, operating /MM/QRP all the way down the canal.  Dave used a Rockmite for CW and a FT-817D for SSB contacts.  His antenna(s) were a choice of various ham sticks.

Thanks must go out to N4DSP for posting the activation of the DX Cluster, and to W4IOW for correcting the call on the cluster.  N4DSP listed us a VE1, not the VE3 we operated as.

Around 1100L it started to rain quite heavily, so with 35 confirmed contacts in the log, 4 Canadian, 2 Spanish, and 29 from the USA, we quickly packed up and high tailed it home.

Washburn Island has now been issued its official number - ON-288. 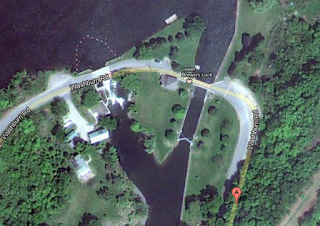 Frontenac Radio Group will be doing a first time activation of Washburn Island, North of Kingston, Ontario, on Sunday, May 19th.

Radio will be a FT-857D and the antenna will be a homebrewed 31' vertical.   We will also have a long wire and a 9:1 balun with us to try.  Keep an ear out for us!
Posted by Blogmaster at 19:26 No comments: Links to this post