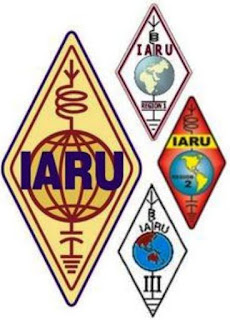 Saturday was spent taking part in the IARU World Championships.  The bands were not too bad, we've seen much better for this contest but as it's out of our control we just have to grin and take what we get.   At 1324Z on Saturday the SFI was 134, SN=131, A=25, and K=1 and it never moved from those numbers just about all weekend.

No new countries were worked, only the usual suspects managed to get into the log, in fact for a good part of the day pickings were pretty slim.  20m was the active band and I made 80% of my contacts there, a few were made on 15m and a couple on 40m as well.  I never did hear a signal on 10m or 80m for the whole contest.

The only contacts that were made on 15m were all in South America, its strange how the bands act at times.....but, considering that the only antenna I have up for 15m is a ham stick with two 11' radials sitting up at 12' on a painter pole I'm pleased with that result.

Many stations were heard calling and calling, but they were not hearing the ops calling them back.  One station from Kuwait had a huge pileup every time he paused from calling CQ......and then carried on calling CQ because he couldn't hear any of the stations coming back to him.  This happened time and time again with quite a number of stations, especially from the USA, guys transmitting further than they can possibly hear.  I guess if you have poor antennas you have to compensate by running more power....at least that seems to be their theory!!

I did not do as well as I have in the past few years on this contest, but neither did the other guys in Kingston who took part.  Is it a sign that Solar Cycle 24 is cooling down?  I know the deep QSB that we had didn't help us at all.

I'm off now to get ready for the IOTA Contest at the end of the month......there's a few islands I'm looking for!