Coming up on October 19th and 20th is this years edition of the W/VE Island QSO Party.  This event is sponsored by the US Islands program, and is held each year to help promote both the Canadian and US island programs to amateurs.

This year the Frontenac Radio Group will be activating four local islands around Kingston: Howe, Wolfe, Amherst, and Simcoe Islands.  This will be the first time we have considered getting all four islands on the air at the same time.  Each island will hopefully have at least two HF stations, including 6m.

The rules for the event can be found HERE. 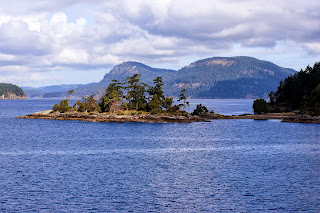 What is most embarrassing about all this is the fact that the US Islands program (USI) do all the work for this event, and our own Canadian Islands Award (CIsA) program does nothing at all to promote it.  In fact it is not even mentioned on the CIsA website, but given the fact that the website has not even been updated since August 2012, it's hardly surprising.

Nobody will ever be able to convince me that no Canadian amateur activated an island this summer, and that the CIsA webmaster received no email updates advising them of any activations in 2013.

Just for the record, over the past three summers the Frontenac Radio Group has activated over 14 islands, including three already this year.  Two weeks before every activation we have emailed both CIsA and USI advising them of the up-coming event.  Only USI has ever responded to our emails, normally within 30 minutes to an hour.  The CIsA webmaster has responded once only, and that was three weeks after the event.

Perhaps somebody should come up with another Canadian island activation association that will actually do the job....and if you think activating islands doesn't attract much attention, have somebody spot you on the DX cluster and wait for the wall of calls to hit you.

Anyway, get out there on the 19/20 October and activate one of your local islands, it may be your last chance to get out and operate portable before the snow flies!!
Posted by Blogmaster at 16:41