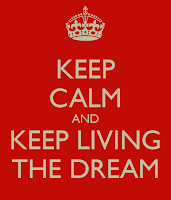 It was another great weekend on the bands!  As well as operating from the home QTH shack, many of us here in Kingston went out on Saturday and Sunday to activate the local islands for the annual W/VE Island QSO Party.

On Saturday Tim, VA3TIC, and Derek, VE3HRW, activated Howe Island, ON-023 and Dave, VA3ORP activated Washburn Island, ON-289.  Both activations were a great success and both had many QSO's, both local and DX.

On Sunday myself and Dave, VE3DZE, took the Wolfe Island ferry right after the club breakfast.  Dave activated Wolfe Island, ON-009 and from what I hear had a blast, especially after he was posted on the DX Cluster.  Dave was using his FT-450 and a 31' vertical with four 16' radials. 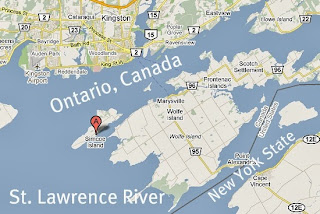 I carried on and went to Simcoe Island, ON-022, via the small three car cable ferry.  At the last minute I chose a different route, I used my IC-703 with 10 screaming watts, and a Buddipole erected as a 10m dipole on a 16' mast.  The 10m band conditions were superb!  The European DX was right across the band, and I had an extremely hard time finding a spot to call CQ.

Over the next three hours I made eight DX and a pile of local Ontario contacts.  What amazed me was the fact that every DX contact was made on the first call!  DX stations in the log today are:

It was a beautiful day, 14C under blue skies with a little wind.  This is the second year I have operated this event from Simcoe Island, it's very peaceful and the cows don't bother you at all.

Dave and I met up on the way home and missed the big ferry home causing us to have an hours wait, but that just gave us time for a coffee and a chance to compare notes.  Off we went to the General Wolfe Hotel and enjoyed the chat (guess who the island is named after?).

This week will be spent getting the portable gear ready for this coming weekend and our five day weekend at the Brother-in-Laws cottage on Leggat Lake.  VE3MNE, VA3WOW, and myself will be taking part in the CQ WW SSB Contest from there.  I'm really looking forward to this coming weekend.  Stay tuned for a full report.