My next "big" adventure is the ARRL September VHF QSO Party, September 10th & 11th.  The contest begins 1800 UTC Saturday and ends 0300 UTC Monday.  I won't be active for that whole time frame, but hopefully, if the weather cooperates, for a good portion of it.

I'm hoping to round up a few more operators and operate as a multi station, operating on 6m SSB, 2m SSB and 2m FM.  The location we'll operate portable from is Fort Henry Hill, the highest point in Kingston.   That will give us some clear shots in every direction.

The object of the contest is "To work as many amateur stations in as many different grid squares as possible using authorized frequencies above 50 MHz". 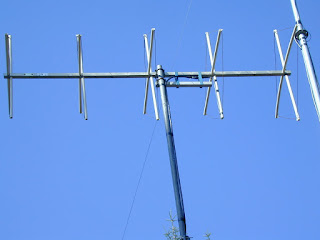 As an addition to this contest the Northern New York Amateur Radio Association (NNYARA) is promoting and coordinating FM simplex operations during this contest from either mountain tops or fire towers in the Adirondack Mountains.

So there’s an option for you in case you do not have access to 2m SSB, CW, and Digital modes.

Hope to work you guys during the contest.  Rules can be found HERE.
Posted by Blogmaster at 21:32 2 comments: Links to this post

The International Lighthouse and Lightship Weekend is over!!  The day started early with a meet up on the highway with Don VE3MNE and Ron VE3GO at 0630 hrs.  We travelled down Hwy 33 to the Glenora Ferry and easily made the 0730 crossing....in fact we were the first three cars on the ferry.

The weather was awful, with really heavy rain, thunder and lots of lightening crashing and booming around us as we made for the ferry.  In fact it was so bad we started to think we would not be able to activate Point Petre this year.  It was still very bad when we met up with Bill VA3WOW from Belleville as well as Matthew VE3OCC and Doug VE3ZDG from Picton.  We met up, appropriately at the Lighthouse Restaurant in Picton.  The food was great!!

After breakfast it was a mad run through the rain back to our vehicles and off we set through the back roads of Prince Edward County.  It took about 20 minutes to reach Point Petre Lighthouse, and just as we arrived.....the rain stopped.

Lots of changes to the area since we where there last year.  No grass cut this year, and the keepers house is now boarded up and looking a bit neglected.  A few minutes after we arrived one of the Environment Canada guys who look after the weather station there drove up and invited us in to see the lighthouse.

While some of the guys went off to see the lighthouse, the rest of us started setting up, keeping one eye one the sky for signs of more bad weather.  We put up a 80m OCF dipole, a Buddipole as a 20m vertical, and a 6m hamstick dipole, all with no trouble.  We were on the air by 0930L, and the SFI for the day was sitting at 102, the A index at 3, and the K index at 0.

Don VE3MNE ran the 40m station, using his FT-857D, and ended up on a couple of occasions being quite busy.  It's amazing how many hams where looking for the lighthouses.  Don ended up with 28 contacts for the day.  The 20m station, also using a FT-857D only made 10 contacts, but the band was not very good, the QSB on 20m was very bad.  We did make a couple of contacts with lighthouses in California and a DX contact to Germany.  No contacts were made on 6m, but that was probably due to the height of the antenna above ground.  Ron VE3GO made a couple of contacts on 15m CW as well.  We operated a VE3FCT.

The lighthouse is right across the road from the CFB Trenton HF Transmitting site.  There are nine towers on the site as well as two log periodic antennas.  This site is used to talk to RCAF aircraft around the world, but luckily it isn't in use on Sundays.

At about 1345L we started to hear thunder crashes coming through on our rigs and the sky was starting to get pretty black, and we could hear the thunder off in the distance, so we decided to call it quits. We quickly dropped the antennas and loaded the gear up.  We were about three-quarters of the way loaded when the rain hit, and boy did it pour, and it poured down all the way home to Kingston.

All in all a great day.  Thanks to the Prince Edward Club for the use of their 2m repeater, and to Ron VE3GO for taking the photos.

Many thanks to the Ayr Amateur Radio Group in Scotland for sponsoring this event, we really enjoy it.

Next year will also activate, hopefully for the whole weekend, we will start looking for a suitable candidate shortly......maybe Prince Edward Point Lighthouse, at the other side of the County.

For alook at what the other half of our group did at Nine Mile Point Lighthouse, click HERE.

What a week!!  On the 16th of August my much beloved Canadian Air Force once again became the Royal Canadian Air Force.  Originally the royal honour was granted in 1924 by King George V, and removed from the title by the lunatic defence minister Paul Hellyer in 1968, much to the great disgust of its veterans and serving members.

Is Paul Hellyer really a 100% "fruit and nut bar" you ask???  Well, in 2007, the Ottawa Citizen reported that Hellyer is demanding that world governments disclose any alien technology that they have.   Yep, mad as a frickin' hatter !!


Those of us who have served since 1968, and Paul Hellyer's disasterous and controversial integration and unification of the Royal Canadian Navy, Canadian Army, and the Royal Canadian Air Force into a single organization, known as the Canadian Armed Forces, know exactly what an idiot the man must be.  As an example, what other military in the world would post a naval signaller from a naval ship to an army signal squadron and expect him, or her, to be able to function 100% in a strange environment.  Indeed, one that they are not in fact trained for.  Many such strange things happened in the early days of intergration.


So it was not a surprise at all this week when Mr. Hellyer came out against the traditional names of the three armed services being restored to them.  Well, he could hardly be expected to rejoice like the rest of us could he?

As much as one loves to hate the navy, it's even good to see them become the Royal Canadian Navy once again.   I, of course, never met the standard to join the Navy.  The impediment to my joining the RCN was the fact that my parents were married..................to each other J

The intergration of the armed forces is a failed experiment, provable by the fact that no other country in the world has carried out such drastic measures to their military like Hellyer did to ours. 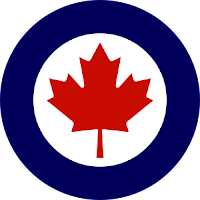 My one hope for Paul Hellyer once he passes on is that he be met at the Pearly Gates, not by St. Peter, but by the ugliest and meanest RCAF WO1 drill pig that there ever was, and that ex-Corporal Hellyer spend purgatory marching up and down God's own parade square, repenting the embarrasment, pain and suffering he caused us all over the last 43 years.

This coming Sunday, the 21st of August, I'm off, with a few others from the Frontenac ARES Group, to Point Petre in Prince Edward County to activate the lighthouse there for the annual International Lighthouse and Lightship Weekend (ILLW).  While this is a full weekend event, we will only be able to activate this light for about 6 hours.

Radios will be two FT-857D's and a FT-817, all on battery power.  Antennas will be an 80m OCF dipole, and various Buddipole antennas.

This event is not a contest.  The objective of ILLW is stated as "to promote public awareness of lighthouses and lightships and their need for preservation and restoration, to promote amateur radio and to foster International goodwill".  The rules can be found here.

The ILLW was started by a couple of guys who were members of the Ayr Amateur Radio Group in 1995 as the "Northern Lighthouse Activity Weekend", and they activated several Scottish lighthouses.  Since then it has grown and grown, and this year there will be 429 lighthouses and lightships activated over the weekend, in 49 countries. 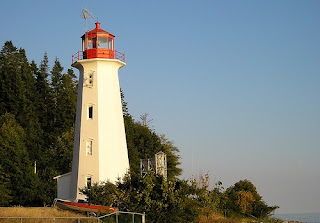 You should also listen out for VE3FRG operating on Simcoe Island by the other half of the Frontenac County ARES group where they will be activating Nine Mile Lighthouse.

We plan on being there rain or shine.  Hope to see you on the bands.
Posted by Blogmaster at 18:37 2 comments: Links to this post

It was a pretty busy day today on 20m.  Once again VE3MNE and I drove out to Hay Bay, this time to work Lighthouses and the Colorado 14er stations.  The weather wasn't the greatest, overcast with rain showers.  The humidity was high and almost unbearable.......but we survived. 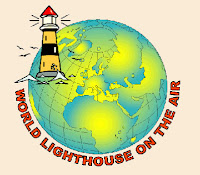 Considering the SFI was at 105, the A index at 27, and the K index at 1, and the two or three earthbound CME's we had last week, the bands rocked.  I was not expecting them to be in the shape they were in. 20m was alive, and from 14.260 to 14.270 it was just jammed with stations working lighthouses all over the USA.  Among others we worked John at USA-262 in New Jersey, and the South West Louisiana ARC station at USA-714 in Louisiana.

10m was also extremely busy with the 10-10 Club International SSB Contest.  I have not heard so many stations calling on 10m like this for many years.  As I don't have a 10-10 number I stayed clear of them, but it was very nice to see the band so busy again.

You always hear that 6m is never active, and most of the time you go there it's very quiet.  Today was no different......but on eight separate occasions today I went to 6m, called CQ and got an immediate response.  Stations worked where in Virginia, Mississippi, Nebraska, and Idaho...as well as Ontario.  But it just shows you that people are listening, and if you call CQ they will answer.

The other reason we activated today was to work the Colorado 14er Event stations.  Unfortunately we only heard one of them, KB0SA operating from Pike's Peak - 14,115 feet high.  I worked them on 20m SSB at 1616Z.  KB0SA is Boy Scout Troop 6 from Monument, Colorado.  This Troop has 16 licensed Scouts and 16 licensed leaders and parents.

My hat's off to these guys for bringing youth into this great hobby of ours.  I listened for quite a while to these guys and let me tell you these boys are great operators, very professional in their skills.  They must have some great elmers working with them, and it was a delight to work them and hear them in action.  Well done Troop 6!!!   We, as a hobby, need to hear more youth on the bands.

There was no sign of WG0AT or N0B, probably the two most sort after calls in this Colorado 14er event....maybe next year.
Posted by Blogmaster at 18:15 No comments: Links to this post