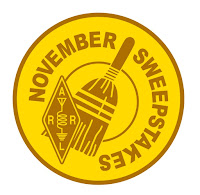 Starting this Saturday afternoon, at 2100 UTC, this years ARRL Sweepstakes starts !!   Since winning the 2013 Canadian Division trophy for QRP I haven’t really tried hard at this contest….but this year I might give it a good push and see what I can do, but I want to have a good look at the upcoming propagation first.

The link to this years Rules are HERE.

Propagation wise we could be in for an interesting time.  One of the sites I frequent has this to say about the next few days:

"No G1 (Minor) or greater geomagnetic storms are expected.  No significant transient or recurrent solar wind features are forecast".

Hopefully everything will go smoothly......but you just never know.....

Good Luck to everyone!
Posted by Blogmaster at 15:55 No comments: Links to this post 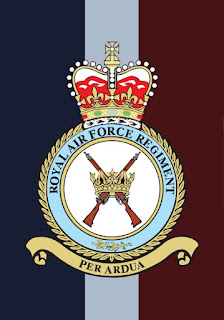 Posted by Blogmaster at 09:14 No comments: Links to this post 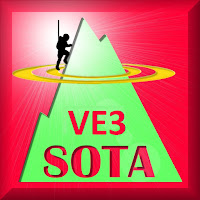 Over the past few months a renewed push has been taking place to try to get Summits on the Air (SOTA) finally operating here in VE3 land.   This quest was started over seven years ago by Martin, VA3SIE, but was sidelined due to technicalities.   Martin is now a regional manager in the VE2 SOTA association.

This past September the SOTA management team in the UK was contacted again and they have now decided that VE3 land no longer has the technical difficulties that we had back in 2010.

For those who do not know what SOTA is, it is a ham radio operating award program that was launched in the UK in 2002, and has now grown world-wide.

The aim of SOTA is to encourage licensed ham radio operators to operate temporarily from the summits of hills and mountains....in other words get out of the shack, operate, and get some good and healthy exercise.

Now Ontario does not have a lot of true mountains, it is true that we have some high summits up in the north, but they are rather scarce in the southern part of the province.  To this end we have been told that we will be allowed to operate as a 100m prominence association, instead of the normal 150m prominence that they ask for.

Ontario will be split into four regions, corresponding to the current RAC Sections.  Thankfully we have already had volunteers step forward to manage the Greater Toronto and Ontario South regions.

More news will be posted as it happens.
Posted by Blogmaster at 12:47 1 comment: Links to this post

What a great week!!!   Don, VE3MNE, and I left last Wednesday morning for the 2 day trek to Hampton, New Brunswick, where we took part in this years CQ WW SSB Contest using the station of Russ, VE9FI.

The drive down can be summed up in one word....RAIN.  It absolutely poured down for the great majority of the trip, stopping just before we arrived in Hampton on Thursday afternoon.  I have to admit the highways in New Brunswick are fantastically well maintained.  It was a real treat to drive on them.

Thursday afternoon and Friday were spent settling in and learning how to operate the equipment in the shack.   Russ has two 75' towers, one with an 8 element log periodic and the other with a 6 element 20m beam.  We also had a 1/4 wave vertical for 80m and 40m, a full sized folded dipole for 80m and 40m, and a full sized long wire for 160m.

I was using the resident Flex-6700, and Don used his own FT-950, so I had a bit of a learning curve to learn to operate the Flex....never having done so before, and I have to tell you that after spending 36 hours operating one I much prefer my FT-950.....but perhaps if I used it more I might change my mind.

The contest itself was a lot of hard work....but fun.  It was very different being on the receiving end of the pileup instead of one of those stations calling in.  Nothing like being hit by a wall of sound...all calling you to cause a bit of "pucker" factor......   We had lots of good comments about our signal, including to places I never work from home in Kingston, most of the time the received report was "booming".

The other thing we quickly realized was that the propagation is different from here at home.  Stations we can not get from Kingston, no matter how many times we call, all answered us on the first call from Hampton.  We also had to take into consideration that the signal bounce was landing in a different location from home and that caused a bit of worry until we realized what was happening.

The trip home had even more rain than the trip down, and this time we also had 50 km winds gusting to 90 km for most of the trip as well....not very comfortable being buffeted around like that.   We managed to make a grand total of two 2m contacts, both on the way home.  Thanks to Ted, WW1TED from Hamlin, Maine, and Stephan, VE9SAP from St. Basile, for their company on the Grand Falls, NB, repeater.

All in all it was a fantastic trip.....I could have done without the 1270 km drive each way, but what the hell, it's a great way to see the country.

Don and I can't thank Russ and Pat enough for their unbelievable hospitality....and Pat's cooking has to be eaten to be believed.....what a cook !!   Thanks guys for everything !!