The Weekend and Sunday WSPR

Well, I managed to pull 128 contacts out of a hat for the NAQP on Saturday, January 21st, which triples my score from last year........so I'm pleased.   It was kind of disappointing though, the only Canadian stations heard and worked were from Ontario and Manitoba, the rest of the country had a cone of silence over it.

Over the course of the day I managed to work stations on all bands except 10m, which was far too noisy to work anything if they were there.

Sunday morning, after our Ham Breakfast, I fired up the WSPR and started off on 20m with 500mW.   Lots of stations across NA and Europe reporting hearing me, I was quite surprised actually.

After about an hour I switched to 15m, and while I did make a cross-Atlantic contact into the Netherlands, it was mainly NA contacts.

40m wasn't too bad, but no hits were received from anywhere other than NA.  No cross Atlantic traffic at all.

Posted by Blogmaster at 13:52 2 comments: Links to this post 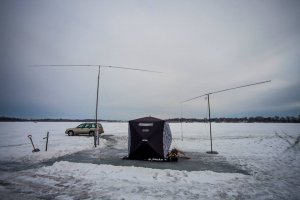 The highlight of the winter season is taking place next weekend.......Winter Field Day!!

This event was started by SPAR, who gave up running the event last year when the Winter Field Day Association took it over.

This is a chance to practice our Emcomm and deployment skills under cold weather conditions, instead of the bugs and oppressive high heat of June.  As the association states: "Not all emergencies happen in the good weather".

If you're on Facebook, have a look at the WFD Page...HERE.  There's over 1500 members to exchange notes and ideas with. 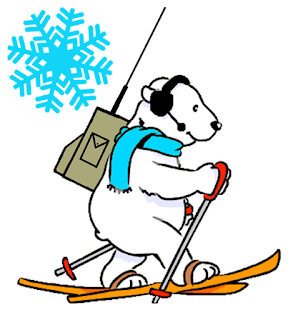 Posted by Blogmaster at 15:18 No comments: Links to this post 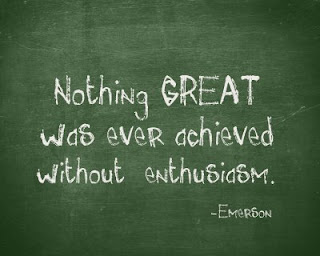 I must admit, over the past few months I have not been too active here, and even my time on the bands has not been as much as what I would have liked.....But........sometimes life gets in the way.

Over the past few months I, and three others, have been pretty busy getting organized to run this years basic ham course.  We have redesigned it from the ground up, and this has meant producing hundreds of powerpoint slides for the lectures.    This has been my priority, and I make no apologies for that, getting new young blood into this hobby has been the priority and will remain so.

We had our first class last Wednesday evening.  The classroom, which holds 28, was full of eager and enthusiastic people, many of them from the College that is kindly hosting the course.   It was really great to see and hopefully the course can become an annual event here.

Now all I need to do is get back in the habit of posting here.......
Posted by Blogmaster at 14:56 No comments: Links to this post

I can not begin to tell you all how many "doom & gloom" articles I have read over the past 10 years on the subject that Amateur Radio is a dying hobby.  I've read it's for "old farts" only, that you must have one foot in the grave before you will be accepted into the hobby......you name it, I've read it.....all of it was total BS.

Here's an idea for all the doomsayers out there.....how about approaching your local community college about hosting a basic course?  You might be pleasantly surprised.

Here in Kingston, the Frontenac Amateur Radio Club approached St. Lawrence College about hosting a ham radio course and they couldn't do enough for us!

Starting on the evening of January 18th, we will be running a course at St. Lawrence College, and it's full, all 28 seats in the electronics lab we have the use of have been filled........and the average age of the students is 23.  So much for being an "old farts" hobby!!

Many Thanks go out to St. Lawrence College for their great support and help in getting this course off the ground!

As the propagation slips away on its downward slide to the solar minimum I plan on keeping a record of my daily WSPR'ing so we can see the effect.

I also spent some time having a look at what 40m was producing, the following picture is of 40m as of 1817 UTC today: 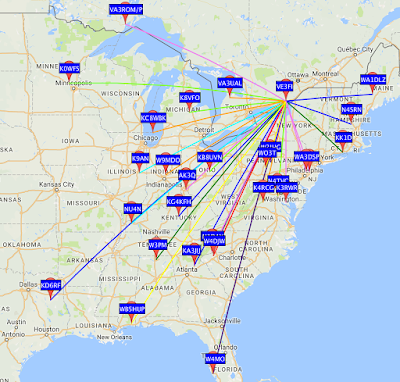 No hits outside of the eastern side of the continent, and nothing trans-Atlantic at all.

If you're interested in taking part in the WSPR beacon project, their website can be found HERE.


Posted by Blogmaster at 16:41 No comments: Links to this post

Spent another good afternoon on the WSPR frequencies.  It never ceases to amaze me what you can do with a lowly half watt, a wire antenna, and crappy propagation. 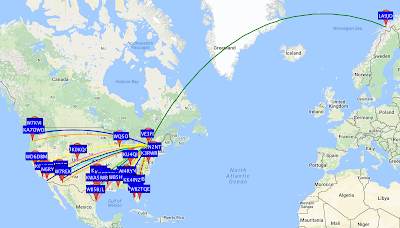 Not sure how that Norwegian station was hearing me, he must have one hell of an antenna farm!!
Posted by Blogmaster at 19:04 No comments: Links to this post