This is without a doubt the best radio I have ever owned.....and I've owned a lot.

Every contact I have made in the past week has commented on how good the audio is, and I haven't even changed any settings yet.....it's still on the factory set-up.

The audio seems to punch through and I'm making contacts on the first or second call constantly.....never did that with the Kenwood TS-570D, and certainly never with the FT-857D.

I've spent quite a bit of time tuning around and listening to QSO's.  While I'm listening I'm playing with the extensive filtering system, and I'm very impressed with the systems.  It seems I can take almost any QRM out and get a workable signal.  The ATU works as advertised and I've had no SWR problems with my 40m OCFD.

The race is on to be 90% familiar with the rig in time for me to take part in the two big contests in March, those will be the tests.
Posted by Blogmaster at 17:08 4 comments: Links to this post

The day started off pretty early today, it was off to Radioworld in Toronto with Don-VE3MNE.  The trip down was "interesting", lots of snow and blowing snow, and lots of idiots driving way over the safe speed level.  No surprise then that we drove past 6 accidents, mainly cars and trucks in the ditch.  Several of them down pretty steep embankments.  A very busy day for the Police, Fire and Ambulance units who were doing a great job under pretty crappy conditions.

Our trip back wasn't much better as we were driving back into the storm, and the idiots were still on the road.....or should that be "all over the road"?  Once again lots of Police on the highway sorting out messes that could have been avoided by people driving to the conditions, and not like maniacs!

Don picked up a new FT-8800 Dual bander.  A nice piece of kit for his truck.  He also picked up a new "plug and play" Rigblaster.  Don will be cruising the bands on FLDigi in no time!

My purchase was a bit larger....a new FT-950.  What a nice piece of kit.  It will be a few days before I can give a proper report on the rig, but from what I have seen already it's a real winner.

More on the rig in a few days after I  experiment with the settings etc.
Posted by Blogmaster at 20:56 4 comments: Links to this post

The following news was received today from Col - MM0NDX:

St Paul Island is called the ”Graveyard of the Gulf” and that is where an international, seasoned team of DXers will be heading to later this year.

Plans are well under way for a 10-man team to activate this now wanted DXCC entity, which was last on air in 2005. When you consider most needed entities (perhaps out with the Top 10) are activated every five years or so, it is now time to mount a serious effort from CY9.

Most operators will be unaware that in 2010, St Paul Island became the highest mover on DX Magazines most wanted list; from #77 to #47. Today, according to that list and ClubLog, CY9 is more needed than entities such as Tokelau (ZK3) or PY0T (Trindade & Martim Vaz).

From late July to early August, IOTA contest included, the group will be active all bands, modes (160-2m) with special attention on 6m and 160m if propagation allows.

A website is currently under construction and will be ready in a few short weeks where much more info can be found.

QSL manager for the expedition is M0URX.
Posted by Blogmaster at 10:13 No comments: Links to this post

A Novel Concept in Ham Radio

Some of the readers of my blog may be aware of the mess RAC ARES in Ontario has found itself these days.  For most of us there has been zero communications from them for the past 12 months, how can you lead an organization with no communications?   How can this organization grow?

It amazes me that RAC ARES in Ontario thinks it can get away with this very poor website (CLICK).   What is the purpose of this website?  It has no useful information on it, and some of what is on it seems to be out of date.

In fact things seem to have fallen apart so much, I have to ask if RAC still has a viable ARES organization in Ontario anymore?

Has anybody told RAC that in the 21st Century an organization needs an informative, easy to navigate, and a constantly updated website in order to attract and inform new, as well as old, members?  How about a Blog that actually allows its members to post comments.....negative and positive?   Unless you get the odd negative comment you don't know what may require a little tweak now and then to fix things......(and before anybody leaves me a comment, I'm well aware what RAC did to the Blog that Peter West - VA3HG built for RAC).

So I was very pleased to see that ECOA has announced their 2012 AGM on their new blogsite.  It will be held in Toronto on the 3rd March at 1200L, at Fort York Armouries, 660 Fleet Street West.

What is really nice to see is that ECOA members will have the opportunity to actually cast a vote on agenda items, and on who will be their new executive members.  Not bad for $15 a year membership fee - which includes $2 million liability insurance coverage, and a real voice in what the association does.

A real vote you say?  What a novel concept in emergency communications!
Posted by Blogmaster at 19:48 No comments: Links to this post 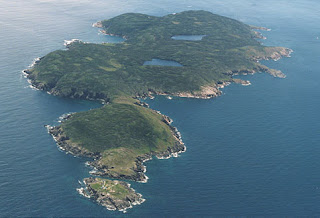 Plans are afoot for an international 10-man team to be active from St Paul Island, CY9 during the middle part of 2012.  One of the operators will be Kevin-VE3EN, the webmaster for Solarham.com.

CY9 is nearly always in the top 100 DXCC, so the crew should be pretty busy handling traffic.

The island is nicknamed the “Graveyard of the Gulf of St. Lawrence" as it is fog-bound throughout much of the navigation season and posed a significant hazard during the age of sail.  Access to the island is usually only granted in July and August due to weather concerns.

Full details and a website will be made available in the weeks ahead. 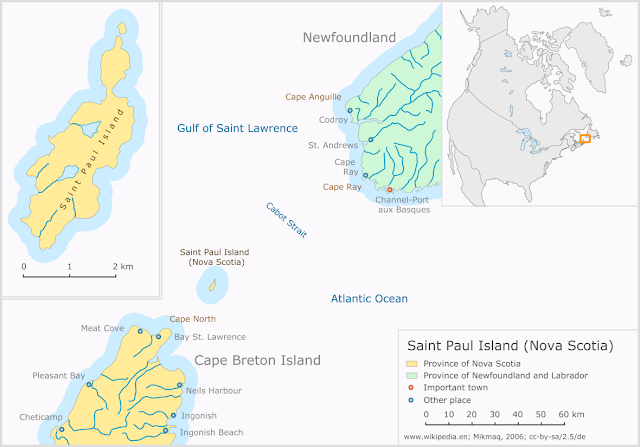 Posted by Blogmaster at 17:19 2 comments: Links to this post