Let me start off by stating that I've had far worse contest results..........in fact some have been so bad they became "non-contests".  This contest was not one of my better ones.  Only 71 contacts in the log from 34 countries, not very happy with that, but that's the way it goes sometimes.

Saturday morning started off with the SFI at 166, SN also at 166, A Index at 6, and the K Index at 2.   The only bands we could hear anything on at all were 20m and 15m, the other bands were just silent, the S needle never moved on them.  It was a very strange day for propagation, there were many European stations booming in at S9 +20, but they could not hear me, or the other station, VE3MNE, operating from the same site.

I started off on 20m and worked US station after US station, but could not work a European despite them still booming in.  Eventually I managed to work GR2HQ, the RSGB HQ Station, but the band stayed at short skip distance for most of the day.  The other thing we had to contend with was some very deep QSB which just made things even more difficult.

I had two antennas to play with, a homebrew 80m OCF Dipole and a homebrew 31' vertical.  Both worked very well and tuned great on all bands.  The radio in use was my FT-857D with the YT-100 Tuner.  Looking back now I think using the FT-857 was probably my biggest mistake, but it was convienient and I was too lazy to take the shack apart to bring out the FT-950 again.

While disappointing radio wise, it was still a great weekend to be out playing radio.

The next radio activity on the horizon will be the Sunday, July 27th, Brewer’s Mill Island activation. This is our clubs third attempt at getting this island activated. I'll post more details of this closer  to the date.....you never know.......VA3QV may just try and help us out with a contact!
Posted by Blogmaster at 17:47 2 comments: Links to this post 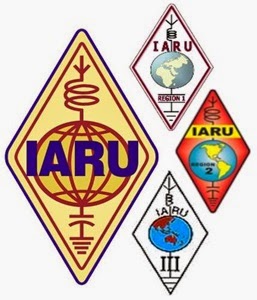 This weekend, the IARU HF World Championships takes place.  This contest is always a great one for rare and strange DX, and I try to never miss it.

This year I'll be operating portable back out at our Field Day site on Hay Bay.  We purposely left the dipole antennas up for this contest as they are up in the air at about 100'.

So far the propagation for the weekend doesn't look like it's going to be very good for us, but hey, it's a radio weekend so it can't be all that bad.....right ??

Not sure which radio I'm going to use, I might try and just use the new Go-Box, and the FT-857D for this contest, that way I don't have to rip  the shack apart again as I did for Field Day.

Stay tuned for the results!
Posted by Blogmaster at 21:56 No comments: Links to this post