﻿﻿ The 2013 SPAR Winter Field Day is over for another year, allowing us time to thaw out before the next one arrives.  This year myself, Don VE3MNE, and Bill VA3WOW chose to go to a small uninsulated summer cottage on the shores of Leggat Lake, in Central Frontenac County for the weekend and operate from there.


﻿ The first surprise of the weekend was the lack of snow in Central Frontenac at this time of year, normally there is a couple of feet down, this year it barely covered the gravel on the road.  On the positive side this made it a safe drive in to the site......which is always a bonus.

The propagation numbers didn't look too promising as we left on Saturday morning.  They were SFI-101; SN-44; A Index-6; and the K Index 3.  But it actually wasn't that bad for us, most remote operating sites are very quiet, and Leggat Lake was no different.   In fact we had a probable gain of 5 to 6 db compared to our home QTH's, as we had no background noise to fight at all at the lake.

First item on the agenda upon arrival at the cottage was to get the stove going, the place hadn't been used since last October was absolutely freezing.  It took nearly 5 hours to finally get the place comfortably warm.......but we suffered through it. 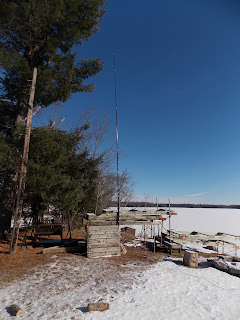 We operated two HF stations, both of them FT-857D's, into simple wire antennas.  The antennas of choice this weekend was a 31' foot vertical with nine 16' radials laid out on the snow, and a 66' longwire.

The 66' longwire was a bit of a last minute decision.  Don and I had originally planned to use a 44' Doublet, and in fact had it in the truck to use, but we had also recently build some 9:1 Baluns for use with long wire antennas and this was the perfect opportunity to try one out.

The longwire went from the top of a 25' TV tower and was sloped down to lake level where it attached to the 9:1 Balun.  A 31' radial was attached and simply laid out on the ice 90 degrees to the wire. The balun was actually just sitting on top of a 18" log out on the ice.   Both antennas were up and ready by 1130, just in time for the 1200 start of the event.

Over the weekend we heard, and worked quite a few stations working winter field day.  In the past we have been lucky to work one or two.  Perhaps this is a sign that the event is finally catching on!   We did work DX station after DX station, if we could hear them we could work them.
﻿
﻿
Both antennas work superbly, well beyond any of our expections. In fact the highlight of my weekend was working ZS6DJD in Meyersdal, South Africa on the 66' longwire.....the happy dance went on for quite some time.

The propagation figures for Sunday were SFI-97; SN-55; A Index-18; and K Index 1.  To be very honest we didn't notice any change in the bands or propagation on Sunday.

It was a great weekend, good food, good wine, and a warm fire....just what the doctor ordered.

It's obvious that the Winter Field Day event needs a lot more advertising done to roust out more operators.  It's a good time and has several options that will allow you to take part in it....and no, you don't have to operate from the field outdoors if you don't wish to.   It was born out of the idea that not all emergencies and disasters happen in the middle of summer,and that we must be prepared to operate under all conditions...good and bad.  It deserves to be better supported by the Emcomm community at large.

Thanks to Ross and Vicky for the use of their cottage.
Posted by Blogmaster at 19:56 1 comment: Links to this post

After a week of temperatures in the -20C's, and as far down to -34C with the wind chill, it seems quite insane to be going away this weekend to take part in the SPAR Winter Field Day.  We will have to see what weather the weekend brings.

This will be the fifth year our ham group has taken part in Winter Field Day. But, this is Canada, and they don't call us the crazy Canucks for nothing I guess!!

Myself, Don-VE3MNE and Bill VA3WOW will be going to Leggat Lake in Central Frontenac County Saturday morning to a completely un-winterized summer cottage, that thankfully has electricity and a woodstove.......but no wood we have been told.  We will survive!

We plan to operate two HF rigs, both FT-857D's, one on SSB and the other in digital mode.  Antennas will be a homebrew 33' vertical into a 4:1 Balun, and an 80m OCF Dipole.  This will give us coverage from 80m to 6m, and should cover all bases.

The rules for Winter Field Day can be found HERE.  Hope to work you on the bands.
Posted by Blogmaster at 17:54 No comments: Links to this post

Going great guns on the NAQP Saturday afternoon.  Lots of contacts to be had, especially on 10m.   It looks like the new antennas are really working well, with lots of great signal reports (not your usual 59).

Best signal on the band this afternoon was John - HK3C from Bogota, Columbia.  However,  why do the lids have to tune up right on the frequency?  Then, there was the N4 station who kept calling John over his QSO's, and good for John for not going back to him.

Overall a good afternoon.  Off for supper and then back at it.

Yesterday evening the bands seemed to be in pretty good shape with lots of east-west propagation.  Lots of calls from California and Washington states, funny though, I never heard a VE7 or a VE6 all day.

Ten and twenty meters stayed open for quiet a while, and then pretty rapidly I had to move to 40m and eventually 80m.  I even managed a single 6m contact during the day as well.

Today the bands didn't seem to want to work.  I actually made very few contacts., and those that I did where all in Europe.

Now that NAQP is over it's time to get the gear ready for this coming weekends Winter Field Day.  More on that later.


Posted by Blogmaster at 17:41 No comments: Links to this post

Normally I don't submit my log sheets after a contest, for me a contest is just a fun thing to do, and I don't collect "paper'.   However, I might have to start collecting now!

Today, a certificate arrived in the mail from the ARRL for the 2011 10m Contest (I don't even remember submitting my log!!), awarding me 4th place in Canada in the QRP category. 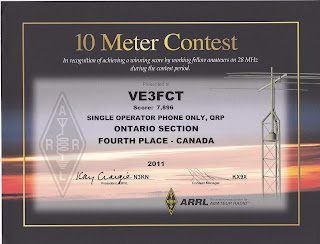 ﻿
This was totally unexpected.......and it's going to look nice on my wall!
Posted by Blogmaster at 12:18 No comments: Links to this post 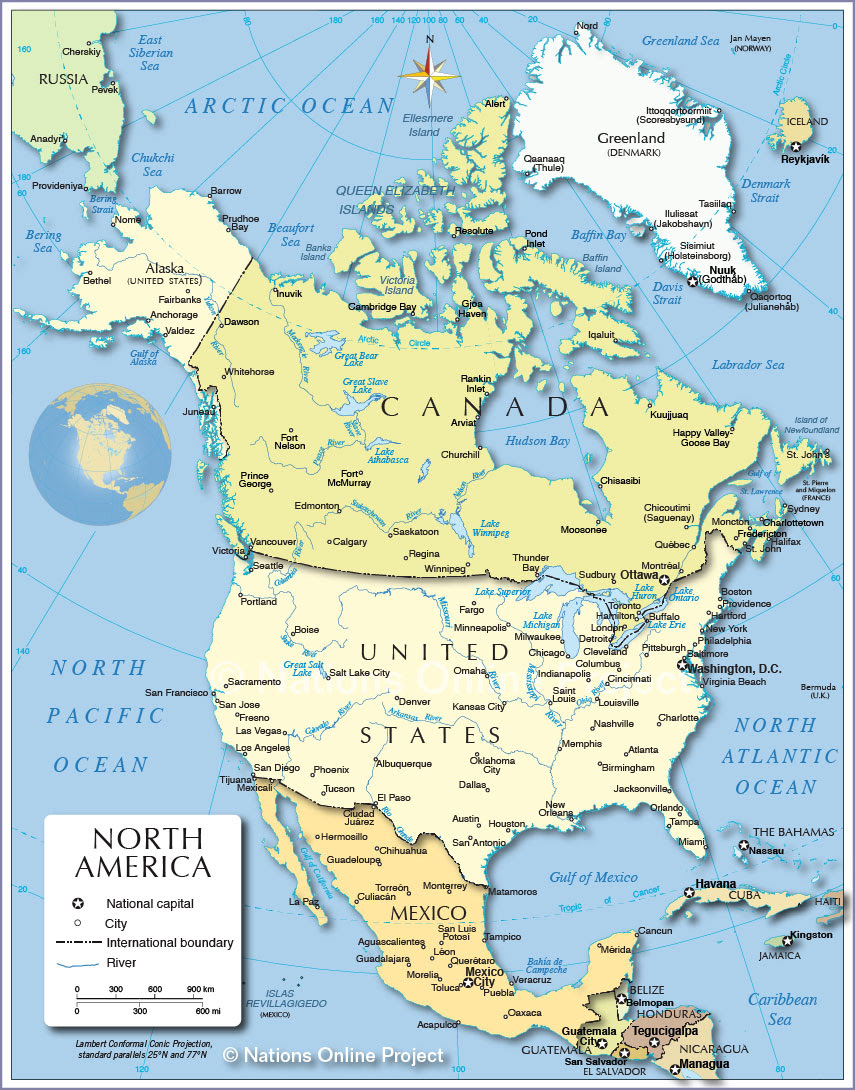 It's that time of year...when the weather keeps us closed up indoors, so it's a perfect time to take part in the North American QSO Party.

The following dates should be in your calendar: