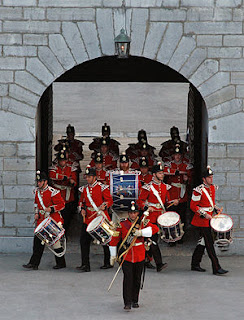 This morning, Saturday, April 28th, was my first activation of Fort Henry Hill for 2012.  Lots of construction still going on and the general area of the parking lot is still a real mess.  The construction is for the new multi-million dollar visitors center.  Kingston locals are wondering why we are spending $3.9 million on a building that actually detracts from the historical beauty of the fort it's there to explain.

Anyway, back to ham radio...... local VHF propagation was excellent this morning, and the prop charts were showing many good paths, so up to the hill I went.

I decided to use my FT-857D today as I have not used it much lately, it just sits there beside the FT-950 looking rather lonely!  The antenna of choice was an Arrow II back pack portable four element Yagi.  This is a great little antenna, I had it up on a 16 foot painter pole and it really works well.

Four contacts were made today, two in Kingston, Tim-VA3TIC and Dave-VE3DZE, and two from the US.  Luther-N2SLN and Tom-KC2SFU who were on top of Rondaxe Mountain, near Old Forge, NY.  Booming signal from them.

We'll have to see if we can't work that ever elusive VA3QV next weekend on 2m SSB....if we can get him out of bed early enough ;-)
Posted by Blogmaster at 16:46 4 comments:

What a great night on the HF bands!!  Tonight has to be the best night I've had for DX in a very long time.  Within minutes I had two from Kuwait, Dubai, and Israel in the log and all 59++.  Superb signals from the middle east tonight!  The other thing that was amazing was listening to one of the Kuwait stations working the different countries calling him.....and he had one heck of a pile up going, and switching languages as he went.  I must have heard him talk in 6 different languages in the course of 5 minutes.  Very impressive and a great operator!

I also managed to work the YW5PI DXpedition on Isla de Patos, SA-048, off the coast of Venezuela.  Not a strong signal, but enough to work them and get them in the log.  They had some deliberate jamming going on and it made it somewhat difficult to make the QSO.

On June 18, 1812, American President James Madison declared war on Great Britain and the Americans then tried to take Upper and Lower Canada. The Canadian Governor General, Georges Prevost had very few means to defend the colonies, a few British Regiments and the “rag-tag” Canadian Militia of the day.

Anyway, to wrap it up quickly........we won, the Americans lost, and the Whitehouse got burnt.

So, two hundred years later we are celebrating the War of 1812, and in true ham radio style we will have a special event station on the air.

The members of the Manotick Amateur Radio Group will be operating special event station - VX3W - from Fort Wellington in Prescott, Ontario, on Saturday, May 19th from 10:00 EDT to 16:00 EDT (1400Z to 2000Z) to commemorate the 200th anniversary of the War of 1812, and of course our glorious victory.

The boys from Manotick will be operating on various HF bands, depending on the conditions. Local operators may be able to find them on simplex VHF and/or UHF. While most operations will be voice, they may also be operating some digital modes.
Posted by Blogmaster at 21:51 No comments:

Yesterday I received a rather disturbing email from one of the local hams here in Kingston on the subject of the new LED lights that are currently coming on the market. 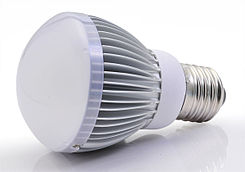 After watching this video (HERE) I'm sure you will agree that this is the type of thing our governments and our national amateur radio organizations should be addressing on our behalf. I really hope that they are as the local noise level is already getting out of sight with all the new electronic devices households are now using.  Perhaps this is why QRP and portable operating is getting more and more popular?

The reality of this matter is that pressure is always being shoved on us from eco-groups, the big box stores and paid lobbyists to introduce and use these kinds of products without any concern for proper testing, government regulations, or any harmful side effects that these might have.

I certainly hope that our national amateur radio organizations are fully aware of these concerns, plus similar ones such as the interference that plasma TV does to our ability to operate. How much our associations are doing or are able to do, I do not know. But the big questions is, does anyone know?
Posted by Blogmaster at 10:35 No comments:

Tried to work Bob-VA3QV this afternoon on 40m but the propagation Gods were against us......again.  Even with all the filters on and the headset on, the best I could do was to give Bob a 43 signal report.

Bob was at a park between the Ottawa airport and the Rideau River, and as usual was operating QRP with FT-817, and I "think" he was using his long wire antenna. 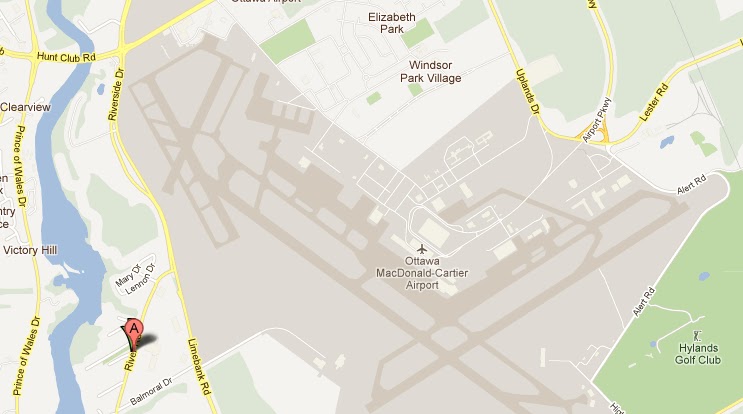 I guess we'll just have to keep trying until we manage a QSO between us!

History was made yesterday as Industry Canada issued its first license on the new 60 meter developmental band, VX9GHD to VE3FI Russ Hemphill of Haliburton, Ontario.

Canadians have been waiting for 3 years for this new opportunity to join the USA, and Britain, and as usual RAC has done nothing to help with this process!  In fact RAC still has not made an announcement informing Canadian hams that they can even apply for a 60m experimental license !!

Russ-VE3FI, the Vice President for Administraion of ECOA, tells us that 60m is badly needed for Emergency Communications, especially when conditions on 40 and 80 are not suitable for transmitting or receiving traffic.

This experimental license is valid for one year.  After the one year period 60m will then be open for regular use by all Canadian amateurs using their own call sign.

Any Canadian amateur can apply for this new experimental license by sending in an application to Industry Canada with $52.80 upon approval.  Details available on the IC website.

Well done to Russ and ECOA for making this HUGE first step for Canadian hams!!!
Posted by Blogmaster at 13:00 2 comments: