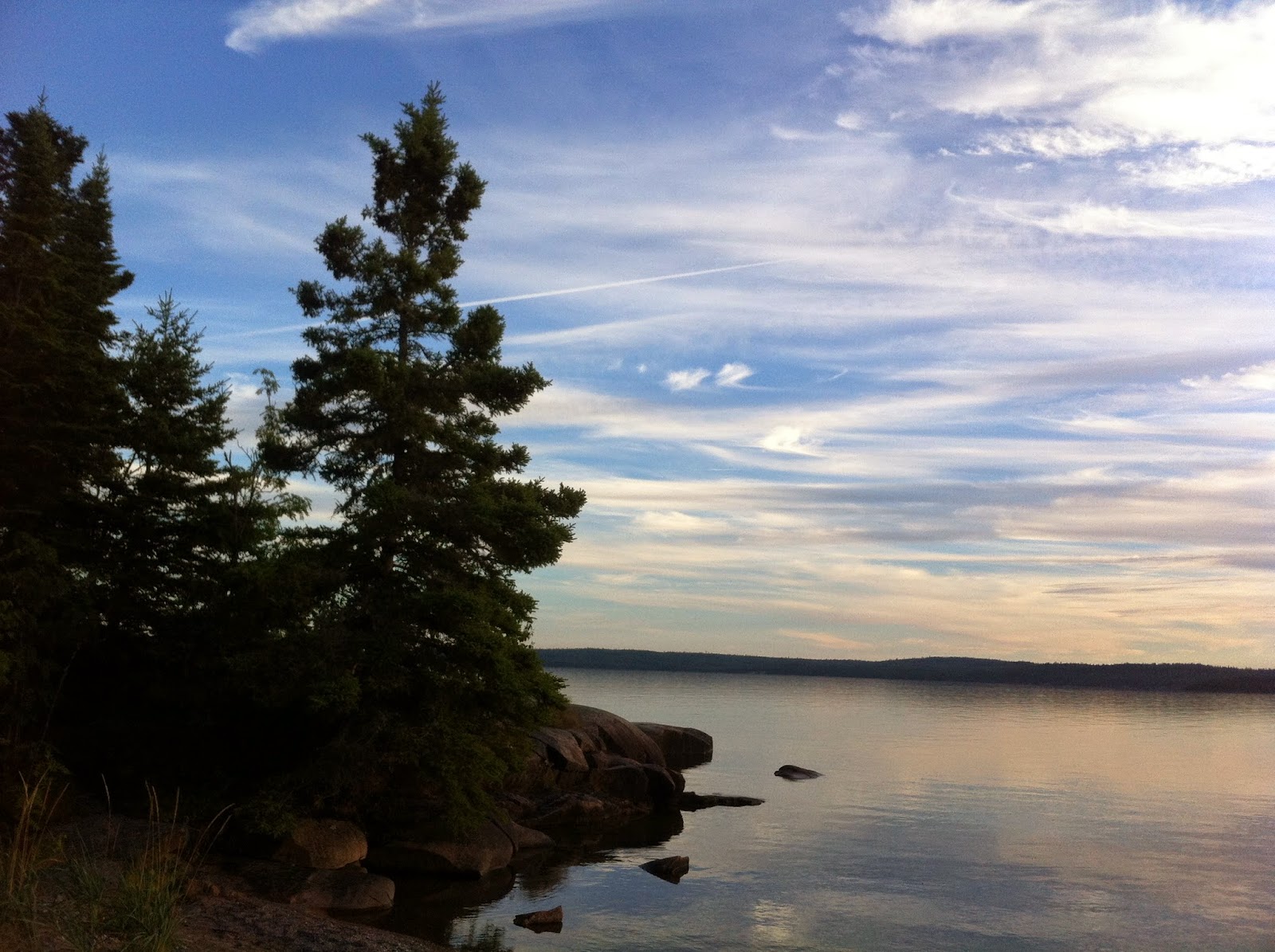 Day two of the trip started out with beautiful skies and a cool temperature.  After packing up and leaving Massey, I headed for the Town of Spanish about 15 minutes up the road and had breakfast at the Spanish River Inn...highly recommended if you're in Spanish.

After breakfast it was off to Echo Bay an hour up the road, and an eyeball QSO with Dave-VE3EGC.  Dave and I have been chatting on the Trans-Provincial Net (TPN) for many years, but we had never met.  We have now!  Thanks to Dave and his XYL Jacki for a great time socializing and touring his extensive antenna farm....and then, all too soon, it was back on the road to Rainbow Falls Provincial Park....717 km away.

Once again, other than Dave talking me into his QTH, not a soul was heard on any of the 2m repeaters along the way, not even in the Sault.

The scenery along the north shore of Lake Superior is fantastic!   The price of gas was out of this world at $1.49.9 in White River.  Lots of construction on the roads and too many retarded drivers to even mention....and not an OPP car to be seen all day.

After 10 hours of driving the tired truck and driver pulled up at the park, set up camp and went to sleep.